1. Let’s be positive to start with. There are no Premier League away fixtures which are easy, for anyone, let alone for a United team with a mixed start to the season.  But the performance by United at Carrow Road was exceptional particularly in the first half and such performance made it look easy.  United were excellent in that first half, easily their best half of the season.  Scoring two and at the same time missing two penalties tells the whole story.  The front three of Rashford-Martial-James promised speed and technique in attack and it was all about how precise they were going to be with their attempts at goal.  Supported by a tenacious Pereira, an ever-improving McTominay and Fred with his most industrious performance since he joined United, Norwich never stood a chance and were blown away in the first 45 minutes.  The return of important players and the return of form of others; the third positive result on the trot since the international break; could this be the clearest indication that we’ve turned a corner?  Not yet, me thinks.  We certainly have some degree of momentum now however.  Bring on the next.

2. I’ve watched Leicester on Monday this week. Apart from the performance in that 9-0 win, the one thing that impressed me most was the way they continued pushing for goals till the last minute of the game.  They were relentless and ruthless.  United lacked that today.  In the second half, particularly after Martial scored the third and Norwich suffered the injury to Amadou, who just stayed on the pitch for the numbers since the Canaries had effected their three substitutions, United stepped off the gas pedal and relaxed, with the inevitable result of also losing the clean sheet that the defence needed to boost morale further.  Hope they learn from the judgement error.

3. Two penalties missed in the same gain are worth a mention. The positive note is that both Rashford and Martial forced the save from Krul and at least they hit the frame of goal.  Rashford’s penalty was not in the corner while Martial’s was more precise but then it was hit at a good height for the keeper to save.  So, who is our penalty taker at this point?  If it was my call, I would stick with Rashford, even though this is the second one he misses.  Let’s see what Ole decides.  Today the penalty misses didn’t hurt us but they did already this season.  Fingers crossed for the next penalty awarded.

Looking forward to receive your thoughts on the Facebook page. 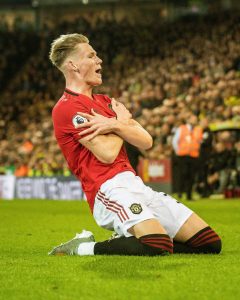 Article contributed by Contributor Roderick. Comments are appreciated on our Facebook page.

If you would like to contribute, kindly get in touch with us on [email protected].