To abide by the regulations issued by the Health Authorities and to safeguard the health of our members, access to the Club on match-days will be members-only till 30 mins before kick-off until the limit is reached. If this limit is not reached, non-members will be allowed in during the last 30 minutes before kick-off. It is important that members bring their membership card with them.

This measure will apply until such time measures by the authorities are eased and the limit according to the size of the club is increased.

Once the limit is reached access will be restricted to all. This way, members will be given priority but as always, we advise you to come early to the club in order not to be disappointed. 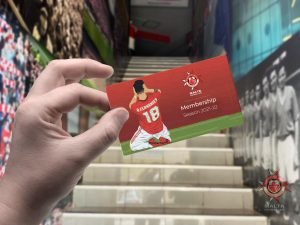